The smell of the greasepaint… 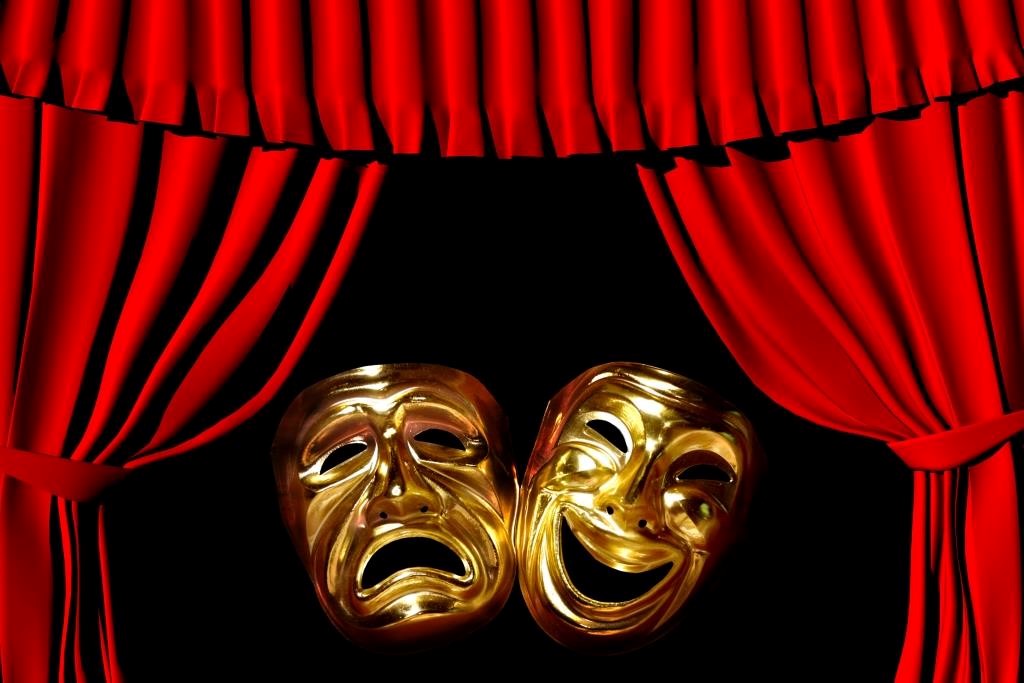 I went to the theatre this week.

It was a production of Evita, straight from the West End.

Now, I wouldn’t normally touch live theatre with a bargepole. I work with great actors on a daily basis in a controlled studio environment where ANY slips or mishaps can be corrected – so I usually get too distracted by live performers’ mistakes, or weaker cast members upstaging the good ones. On this occasion I went along because someone bought me a ticket as a lovely gift, and so I did my best to suspend any criticism.

It turned out to be a very good show. The sets, lighting, costumes and general staging were excellent. The cast was very good (although not perhaps as good as they could have been), and the fact that I didn’t really notice the band until the finale is the best compliment I could give them – they were really tight. In fact, the whole experience taught me that there’s SO MUCH to enjoy about an edgy live performance, why did I stay away for so long?

But then there was the audience.

Then we have the issue of food. Personally, I’d have everyone strip searched on the way in – and anything that crunches, crackles, snaps, pops or comes in ANY kind of wrapper should be burned in the foyer. For me, even bananas are too loud when I’m trying to watch a show. And if you suffer from lactose intolerance, a mucus-filled cold, or any other throat ailment that induces a rasping and unstoppable cough – please DON’T have the ice cream in the interval. Most of Act 2 sounded like we were in the middle of a TB outbreak.

But the new and unexpected crime I witnessed throughout the performance was what I’ll refer to as the Gogglebox Effect. Couples all over the theatre felt it necessary to offer a full running commentary of what unfolded on the stage before them. ‘Oh, doesn’t she look stunning…’, ‘He didn’t like that, did he?’…, ‘They played this one on Sunday Love Songs…’ etc etc all the way through!

The couple behind me actually sang along – even during the pin-drop death bed solos. Now, unless you’re Elaine Paige (or at a push Julie Covington) I HAVEN’T PAID TO LISTEN TO YOU SING EVITA AT THE BACK OF MY HEAD, SO SHUT UP!!! Stay at home with your grab bag of Doritos, your bronchial disorders and your size twelve feet, and shout over the telly you inconsiderate bastards!