After the excitement of seeing Dave's tank top, Paul's ready for their first day of cycling!

Waking from a good sleep, and having loaded up on croissants and coffee - it was time to test whether or not the bikes had survived the journey to Rennes.Unlike most bicycles you'll ride, ours were fully loaded with the essentials for a no-frills ride across continental Europe. As I wheeled out of the hotel car park I was questioning whether or not to have brought the harpsichord - and did Dave really need the complete works of John Grisham in a mahogany cabinet??

Seriously, we'd completely forgotten how much stuff it takes to be prepared when you're unsupported and travelling solo.

As it turned out, the bikes were AOK, the loads were fine, the sun was shining and the morning went well. We stopped for coffee after about 30 miles, and while I relaxed and largely ignored him, Dave set about fixing his gears. Like most blokes, he went into a frenzy of loosening then tightening anything near the gears on the basis that his blood sugar was probably too low. I sat and watched, until it was obvious he was about to break something or smash his bike up in frustration. In the end I got him to sit down and have a drink, then we got it sorted and no bike smashing took place.

By now the sun was shining, and the strong North Easterly wind pushed us and buffeted us along the lush country roads. After a long lunch of galettes - look them up...they're like pancakes for greedy people - we set out to nail the rest of the day’s journey. Dave's legs hurt by now, and my arse was like the Japanese flag by the time we rolled to a halt mid-afternoon. I applied plenty of Assos (arse cream, but in a good way) to get me to Nantes - and by 6-00pm we'd covered the 78 miles from Rennes.

On the face of it, Nantes is up there with a sewage plant in Crewe in terms of tourist hotspots - however, by serving us strong lager and charging Swiss style prices for basic grub, they tricked us into thinking it was quite a nice night out.

Time to turn in now - rain is forecast for tomorrow, so bollocks. Let's hope they lay on a decent breakfast here at the hotel. 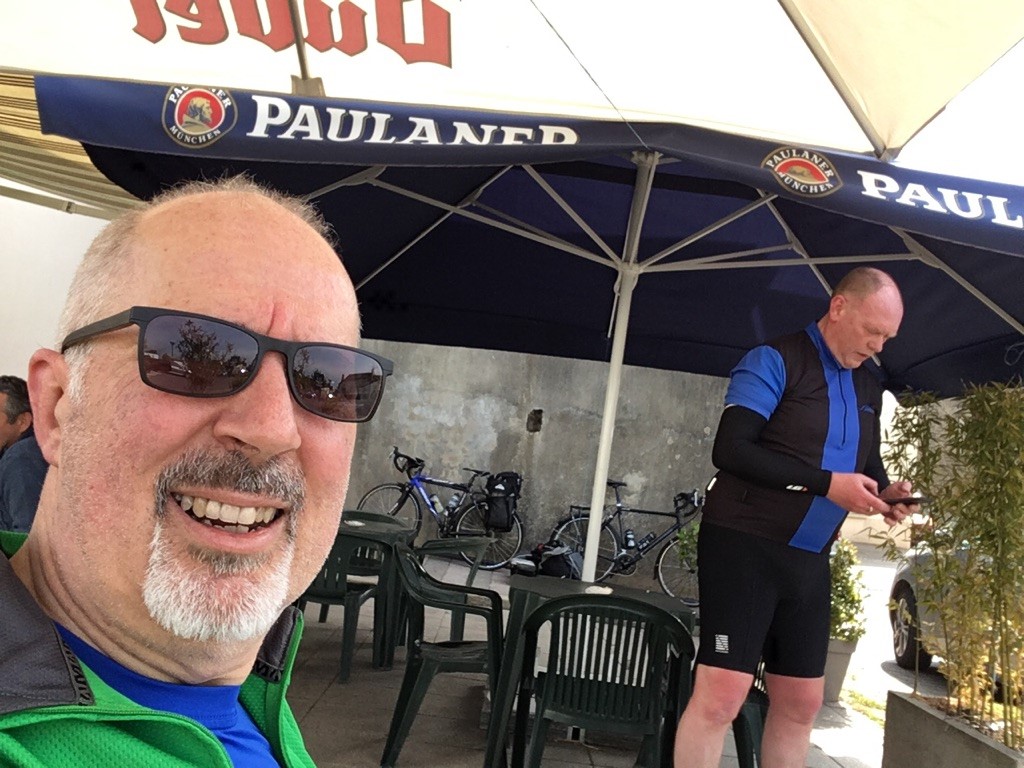 Dave texting the Samaritans about his gears - I haven't told him I'm a qualified counsellor and derailleur expert... 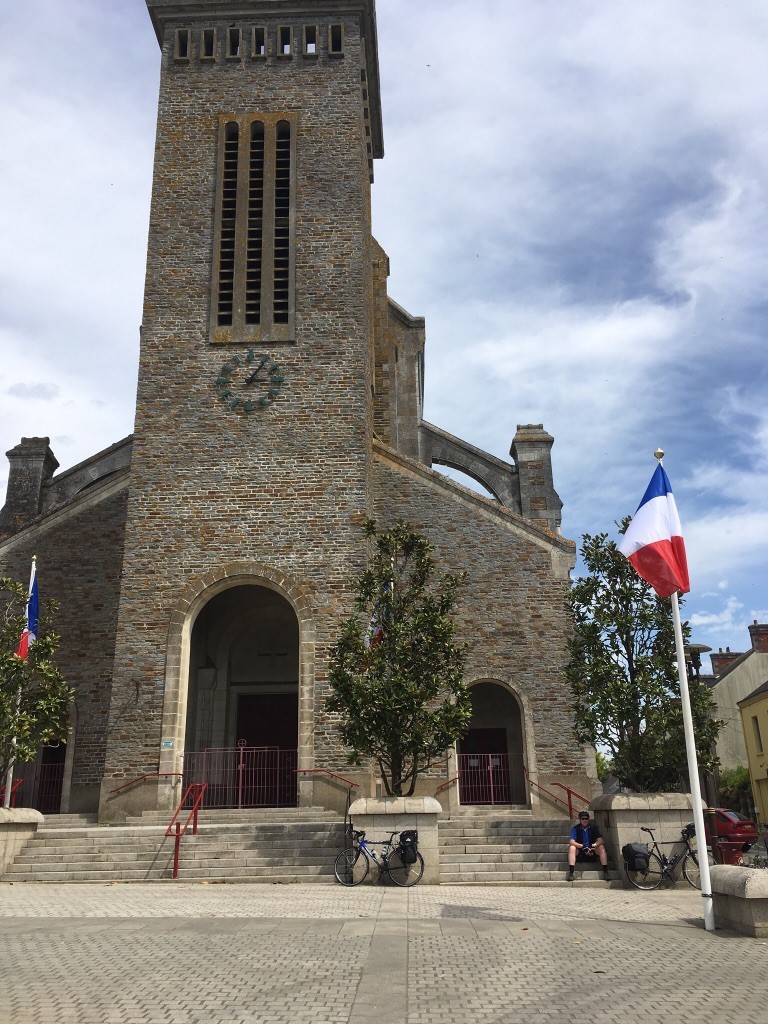 A tired and dejected Dave - he's been in tip top form, but even the offer

of being the one to apply my assos doesn't cheer him up.