After a slow start the two share and awkward moment of love, only for it to be ruined by an impassable towpath.

There was a sense of relief that our bikes survived a night chained to an air conditioning vent in the hotel's outside car park - and a sense of foreboding as the sky blackened with the promise of heavy showers.

As we trundled out of Toulouse there was an awkward moment when I told Dave I loved him - but it passed as we hit the horrible head wind that meant I was down to second gear and fighting to keep going.

The morning was a real slog, and we eventually stopped for a sandwich, pastry and orangina in Villefranche de Lauragais - about a third of the way into our day.

By now I was getting pretty irritable with progress, and when Dave suggested we hit the Canal du Midi cycle route to avoid the traffic and head winds, I reluctantly agreed. We eventually got onto the canal towpath, and for the first couple of miles it was plain sailing. Being aware of the slower pace and the effect it was having on our progress, I suggested we got back onto the road. Dave didn't want that, so we continued by the canal. After a few minutes, all my worse fears for the towpath were confirmed, it was virtually impassable - so Dave felt guilty, I felt vindicated, and the bikes both suffered badly. We were way beyond 'I told you so' or 'I'm sorry' - we just pressed on until we hit a small set of lock gates with a place selling ice creams and drinks so we could regroup. Dave watched the lock-keeper avidly, while I simmered and sulked about 'our easy day'...

We finally hit the road again, and limped into the beautiful city of Carcassonne at about 5-30 pm - safe in the knowledge that we have a day off to sort the bikes and do tourist stuff tomorrow. We wandered up to the ancient walled city, had a lovely meal and drinks - retiring with a plan to make the most of our day off tomorrow. We're well over half way now - it's about wringing the absolute most out of the trip, and arriving in Nice triumphant as friends - not two individuals waiting for the first flight out...

I know we're not curing cancer, or walking unassisted across Antarctic to raise money for people who do - but trust me, when your saddle sores hurt so much you want to cry out, and the head wind blocks out everything including the sounds of the 18 wheelers skimming your panniers as they pass - it still feels like a challenge, and it still tests all the things you thought you could rely on. But in the words of the fantastic Funk Police (a band that should have been greater than the Beatles - or at least better than Style Council) - 'No Pain, No Gain'.... 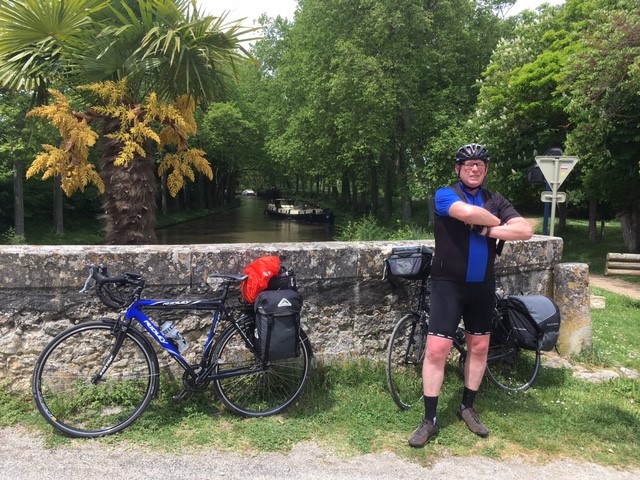 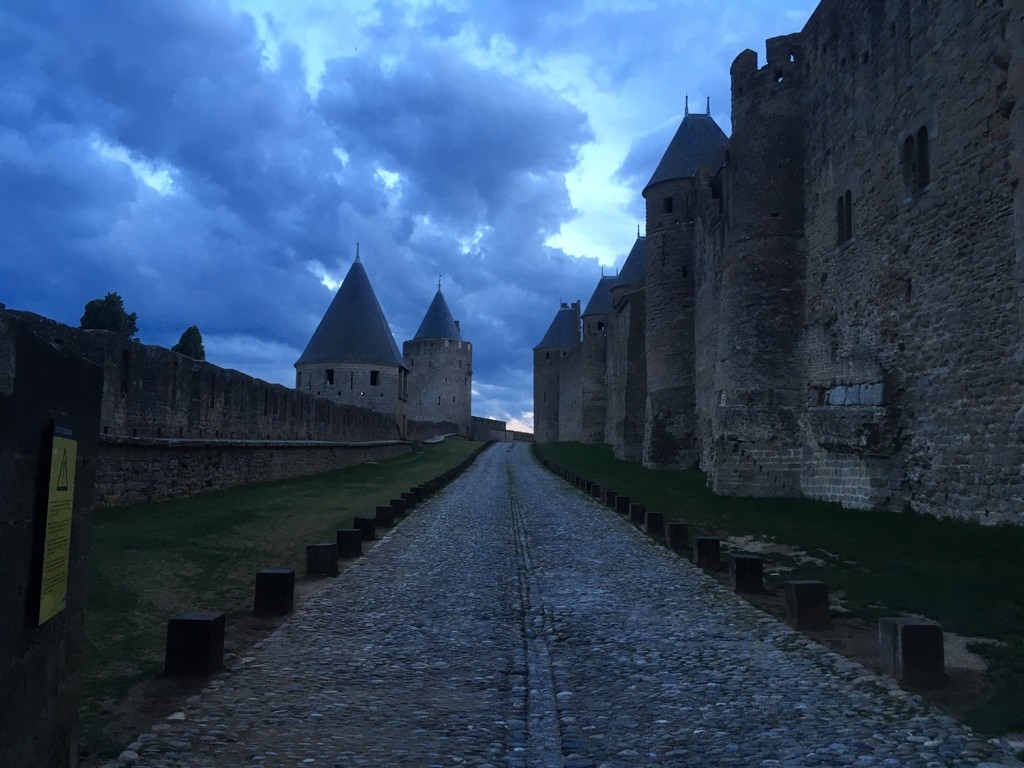 The popular walled city of Carcassonne at dusk - ruined only by the sound of 'Fra-a-ank, have you got our Yvonne's tablets?' Drifting across the evening breeze.

I hope that Yvonne and Frank are both well, and looking forward to their return to Essex very soon.