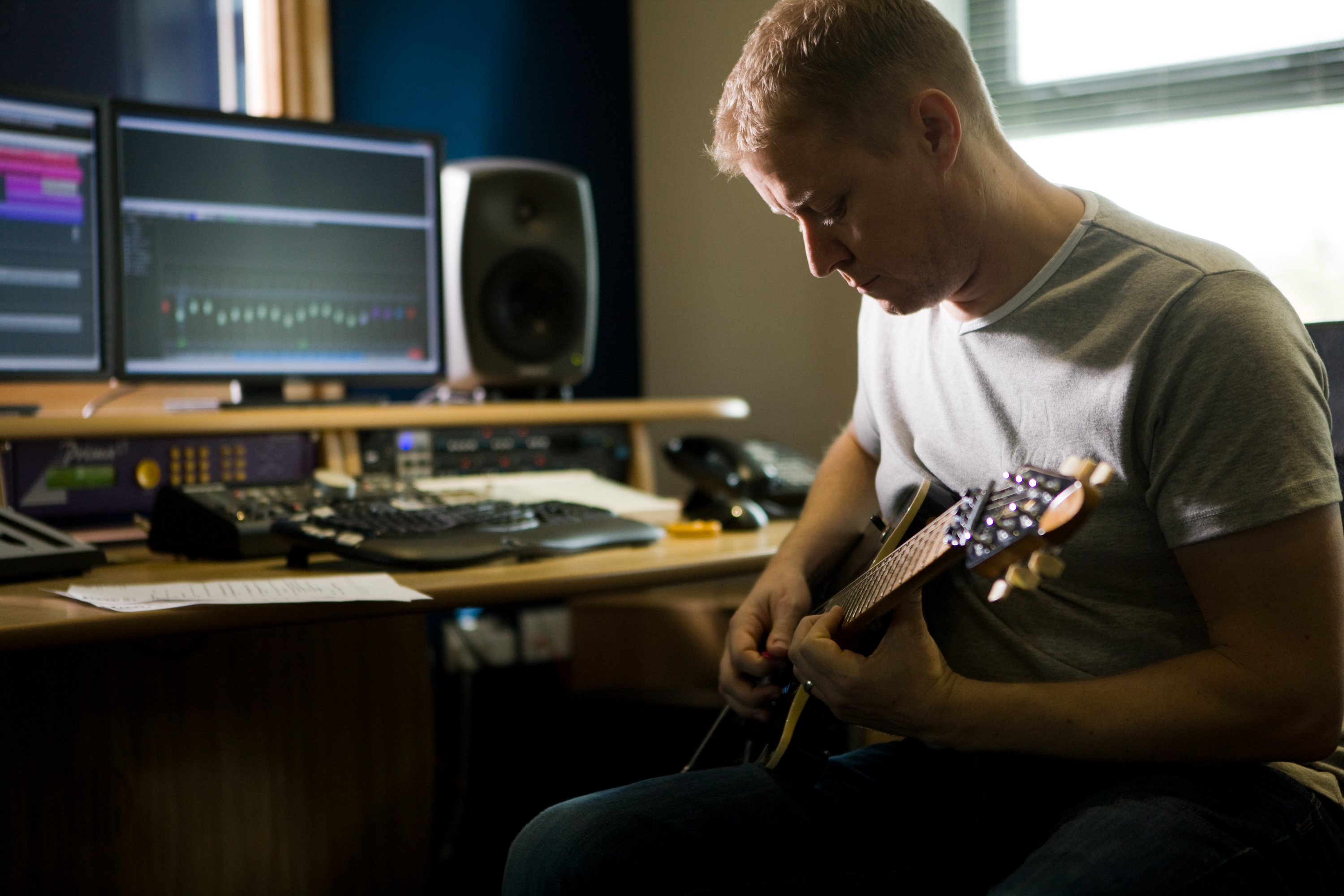 Last week I produced Get Carter’s latest re-record, ‘Party Rock Anthem’ by LMFAO. It turned out great and was even approved by the Gordy family.

While we’re on the subject, did you know our re-record of the Bee Gee’s ‘You Should be Dancing’ had to be approved by Barry Gibb, and our pastiche of ‘ABC’ by the Jackson family? No Pressure!

Just thought I’d get the name-dropping out of the way.

This prompted the guys in the office to ask me to write a blog on how I do it.

I was a little concerned by this request, because I think they have an image of me jumping on the sofa striking rock poses drinking Jack Daniels with everything turned up to 11. And that’s how I’d like it to stay.

However, the reality is very different. There are no funny anecdotes, no hilarious mishaps and no pithy observations. Just a combination of technological and audio muso geekery.

Voltaire said, “The secret of being a bore is to tell everything.” And that’s the problem, if I tell you everything it’ll become apparent very quickly that the process is very dull.

So, instead of boring you to death with compressor ratios and frequency modulation settings, I’ll give you my ‘Top tips for aspiring producers, to guarantee a successful re-record’.

1. Simply learn to play multiple instruments by ear… for 30 years!

There’s no getting around this, if you can’t play your instruments to a decent standard it’s going to sound terrible!

Thousands (yes thousands) of hours practicing and playing along to songs, without sheet music, gives you an ear for picking out the individual components of a track. You can hear what the drums, bass, guitar, keyboards and individual vocal harmonies are doing.

Don’t just learn to play one style either. An eclectic mix will see you in good stead. Metal, funk, punk, disco, easy listening. It’s all good.

If you can use the same equipment used on the original track the battle’s half won.

For example, if you want to sound like Nile Rodgers from Chic there’s no point recording with a Les Paul into a Marshall! If you don’t know an artist’s set up a quick look on the internet will sort you out.

By the way, it’s a Fender Strat, front pickup into a Fender Deluxe. But we all knew that.

For our re-record of ‘Ain’t nobody’ by Chaka Khan, some in-depth research was undertaken.

I discovered a Prophet 5…

and a Roland Jupiter 8…

were used in the original recording. So, I used the soft synth versions (Samples of a Linn Drum machine were used to get the same drum sounds too.)


3. Use instruments from the correct decade.

If you want it to sound like the 80’s, then only use instruments from the 80’s. Don’t try and make a Minimoog out of a DX7 that would be ridiculous!!! Ha..ha.. what fool would do such a thing?!

During the 14 years or so I’ve been doing re-records there hasn’t been a part I can’t play. I don’t mean because I’m a super awesome virtuoso on all instruments. I mean, I made sure I could cope with the original performances before it was put before the client.

Can I play all the parts of The Automatics ‘Monster’? Yes.

Can I play ‘Guitar Solo (Trilogy Suite Opus 5)’ by Yngwie Malmsteen? No! Luckily Mr Malmsteen’s music isn’t in demand in the advertising world.

Also, if you listen to a track and you can’t work out how the track is put together, then don’t touch it!

So, those are my ‘Top tips for aspiring producers, to guarantee a successful re-record’!
Now reward yourself with a listen to some of the lovely re-records we’ve done.